At The Centre for Advanced Facial Cosmetic Surgery, under the leadership of Dr De Silva, we have a focus on excellence by investment in our staff, through further training, courses and continued professional development. We have won numerous awards over the past two decades that maintain us a top specialist. Dr De Silva and his team have an impressive number of awards including: 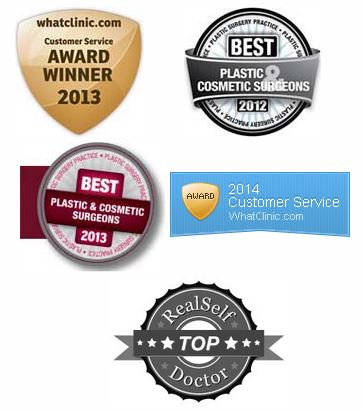 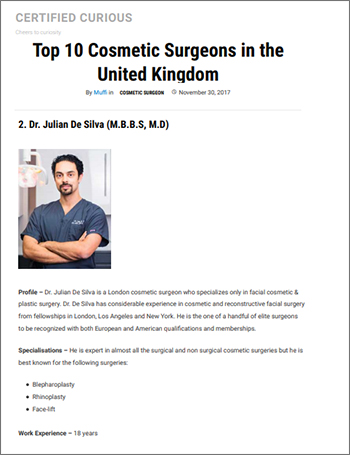 Dr De Silva listed as one of the Top 10 Cosmetic Surgeons in the United Kingdom on CertifiedCurious.com 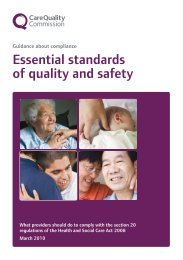 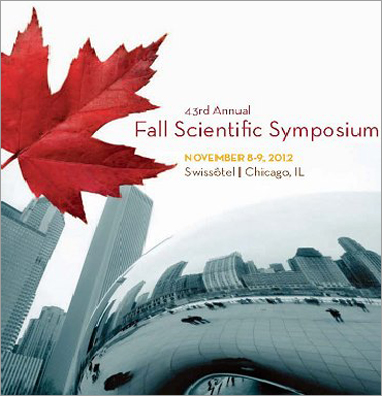 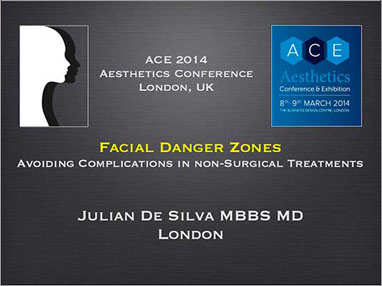