Ethnic rhinoplasty is the terminology given to patients who are not caucasian who require special techniques such as African rhinoplasty or a Caribbean nose job to achieve a natural result.

Afro-Caribbean ethnicity is characterised by thicker ethnic skin, a wider lower nasal bridge with a wider tip and flared nostrils. As the nose is the central aspect of the face, and an undefined nose can detract from the overall beauty and facial harmony.

Rhinoplasty is a surgery of finesse and detail, even a 1mm change can be seen. Dr De Silva believes that nose reshaping requires special techniques for improving definition and shape and keeping a natural appearance.

Dr De Silva specialises in face-only, he is known for natural-looking results and uses the most innovative and contemporary techniques from Beverly Hills and New York.

This is one of the most common types of cosmetic surgery he performs, Afro-Caribbean nose surgery is considered to be technically a difficult procedure, which is why some cosmetic and plastic surgeons do not perform the procedure.

Dr De Silva specialises in African and Caribbean nose jobs and treats patients in London from every country including many international patients including celebrities from both Hollywood and Bollywood.

It’s regarded by many surgeons that it is one of the most technically challenging, requiring a combination of both technical skills and artistry.

The best surgeon for each individual patient will have experience with their ethnic group and know how best to work with their characteristics, such as skin type and the underlying facial structure of the muscle and bone. 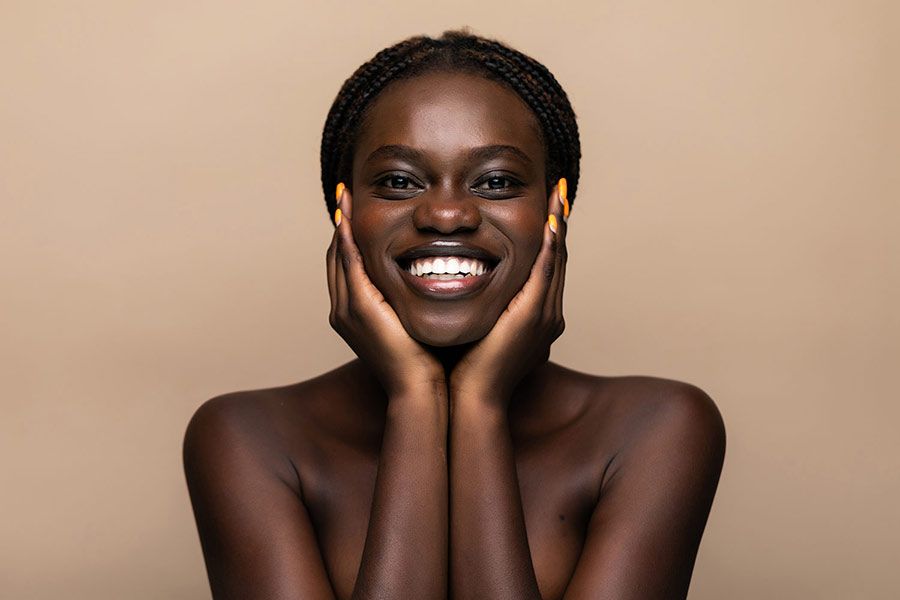 Why Have Afro-Caribbean Rhinoplasty?

Common reasons for undergoing Afro-Caribbean rhinoplasty are to have a narrower more defined nasal bridge, tip refinement and narrowing of the nostrils. Motivations for surgery are specific to each person and other reasons include breathing issues and improving facial balance.

How Can the Tip of My Nose Be Refined?

In Afro-Caribbean noses, commonly the tip can lack definition and can be relatively wide or even bulbous. The appearance of a nasal tip is partly characterised by the shape of the underlying cartilages, ethnic fat beneath the skin and relatively thick skin.

To improve the definition of the tip of your nose in Afro-Caribbean rhinoplasty requires specialist techniques.

Often open rhinoplasty is a preferred technique for increasing tip definition as it enables the skin to be thinned and more accurate definition to be achieved in the tip of the nose with the sculpting of the underlying cartilages and the use of specialised graft tissue to give more definition.

Dr De Silva utilises open and closed techniques depending on the individual needs of the patient. There are limitations in the degree of definition achievable in the tip of the Afro-Caribbean nose as there is a limit to how much cartilage and skin be shaped through the thicker ethnic skin. Every surgery is unique and requires customisation for the individual.

How Do Dr De Silva’s Techniques Differ for Afro-Caribbean Patients?

Dr De Silva focuses on every patient’s individual needs, and nose surgery is a procedure that requires customisation for the individual person.

Dr De Silva often utilises synthetic graft tissue to build a more elegant and refined dorsal bridge, this results in the appearance of the nose becoming narrower and more refined. Thirty per cent of all the nose surgeries Dr De Silva completes is revision nose surgery from patients who have undergone surgery elsewhere.

The techniques required for ethnic nose surgeries are different from caucasian surgery, and many patients have been referred to Dr De Silva from general plastic surgeons who are not comfortable completing this surgery.

The key to a successful surgery is achieving each individual’s expectations. There is considerable variation in a request for ethnic nose surgery and Dr De Silva advises patients with specific requirements to bring photographs of noses they like. Dr De Silva utilises advanced techniques to ensure a natural long-lasting result. 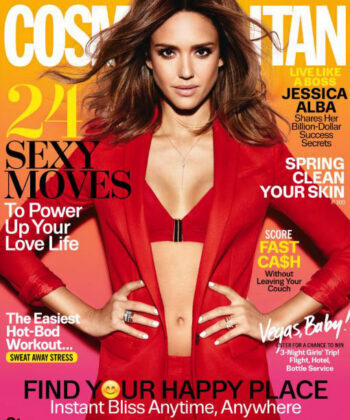 Do I Need Graft Tissue?

One of the characteristics of Afro-Caribbean noses is a relatively low, flat and wide nasal bridge, which can make your nose appear short.

Choices for graft material include using your own cartilage (septal cartilage) or other material. Dr De Silva’s first choice for ethnic patients with thicker skin is a synthetic material that can be shaped and sculpted to match a person’s individual shape.

Although graft material is not essential without this, it can be challenging to provide a further definition as the thicker ethnic skin can hide the underlying definition.

Dr De Silva has completed substantial revision nose jobs in ethnic patients who required graft material to enhance their tip and bridge definition. The use of graft tissue along the bridge of the Afro-Caribbean nose often results in a more defined and elegant bridge often characterised by ethnic models and actors.

What Does Surgery Involve?

Afro-Caribbean rhinoplasty is usually completed as an outpatient procedure under sedation anaesthesia.

The procedure takes approximately two and a half hours and patients are reviewed after 1-week. Shaping the nose is an intricate procedure as the Asian anatomy is specific to ethnicity including skin type, thickness, the shape of the bridge, tip width and nostril shape.

Dr De Silva modifies his technique depending on a patient’s specific anatomy and expectations from surgery. Dr De Silva uses suture and micro-refinement techniques to maximise the result, uses the most innovative facial plastic surgery techniques to maintain a natural appearance.

Patient safety is of key importance for all facial plastic surgery. The intricate anatomy of the nose requires precision and care. Dr De Silva is a keen advocate of patient safety and has championed the need for patient safety on Sky news

Do I Need To Have Nostril Reduction with African Rhinoplasty?

The need to narrow nostrils with African rhinoplasty requires complete customisation for the individual. The position of the eyes in your face can give a good indication of facial proportions and the need for nostril reduction. Wide nostrils are reduced with alar narrowing techniques.

Nostril narrowing is one of the more challenging aspects of Asian rhinoplasty, as complete symmetry cannot be achieved in the nostrils as they are a complex 3-dimensional dome, a natural shape.

Dr De Silva hides the incision of nostril reduction by making an incision in the natural curvature under the nose. Dr De Silva is frequently asked to correct the scars from patients who have undergone nose surgery elsewhere which are best avoided by making hidden incisions in the first place.

What Type of Anaesthesia Is Used?

Sedative anaesthesia, also known as “twilight anaesthesia,” which is a combination of local and sedative medications.

At the centre, we have developed our own advanced form of twilight anaesthesia, based on practices in the USA. This specialised sedation uses tiny amounts of four to five sedation medications that cumulatively give a relaxing and safe experience avoid the risks and side effects of general anaesthesia.

A much shorter recovery period than general anaesthesia, with most patients able to leave 30 to 60 minutes following the procedure. These are the most advanced sedation techniques available, and the optimal option for patients considering ethnic nose surgery.

Will I Have Visible Scarring?

Key to normal healing of scars is a surgical technique, choice of non-dissolving stitches and avoiding sun exposure in the healing period, as ultraviolet light, may cause darkening of the skin. Although dissolvable stitches are quicker for surgeons, in some patients these may increase scarring, for this reason, Dr De Silva does not utilise these stitches.

In patients who have a marked propensity for scars, Dr De Silva uses additional non-scarring agents to improve healing after surgery.

What Are the Risks?

As with most rhinoplasties, all patients have a degree of swelling and bruising, that resolves over a period of weeks, 80-90% of the swelling resolves over the first two weeks although the final result is not apparent until at least twelve months.

The majority of these risks are avoidable with technical expertise and skill. Revision rates are around 8%, although the risks can be resolved, it is more challenging than primary surgery as a consequence of previous surgery and scarring.

Patients who smoke have delayed healing as a consequence of smoking, Dr De Silva advises patients to stop smoking before surgery as there is a risk of delayed healing and safety must come first. Dr De Silva utilises advanced regenerative medicine technology and oxygen therapy to enhance recovery when required.

What Is the Recovery Time?

Dr De Silva uses refined techniques during the surgery and anti-swelling agents after surgery to speed up recovery.

With Dr De Silva’s techniques the majority of patients (80-90%) have no bruising after surgery which speeds up recovery time. Patients need to take a minimum of one to two weeks off professional and social responsibilities, sometimes two weeks is preferred depending on the profession.

Although surgery often results in increased swelling during the recovery period, Dr De Silva utilises the latest technology with anti-inflammatory medicine after surgery to speed up the resolution of swelling. 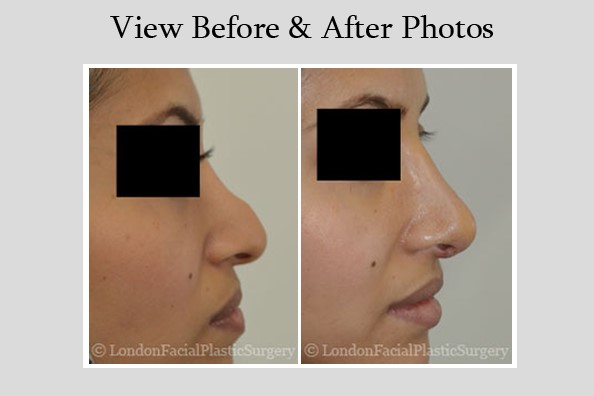 What Is Refinement Rhinoplasty?

Beyonce has had phenomenal success as a singer and artist. Her career is almost unperturbed by the plastic surgery speculations that have followed her life for a long time.

The shape of Beyonce’s nose has fuelled speculations of a nose job. Relatively few celebrities are willing to openly discuss what procedures they have undergone.

From Dr De Silva’s experience as a rhinoplasty surgeon, many well-known celebrities have undergone nose surgery which he terms “Rhinoplasty Refinement” although publicly they chose not to discuss this. Most celebrities are not looking to look different; they just want to give themselves an edge, a small improvement in the elegance and balance of their face. Dr De Silva has found over the past few years, more patients are looking to have refinement surgery, ultimately to become the best version of themselves. 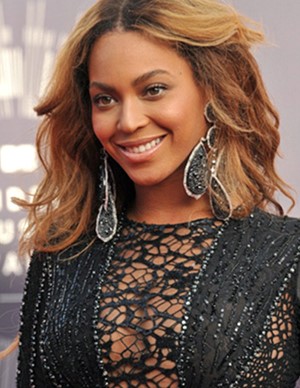 Can Afro-Caribbean Rhinoplasty Be Combined with Other Procedures?

Afro-Caribbean rhinoplasty is regarded as a challenging aspect of nose reshaping as the degree of detail is fine and aspects such as skin thickness limit definition.

Over 30% of all Dr De Silva’s patients have undergone previous surgery and are termed revision procedures. Although more challenging than primary surgery often with Dr De Silva’s advanced techniques the overall appearance of the nose can be improved. 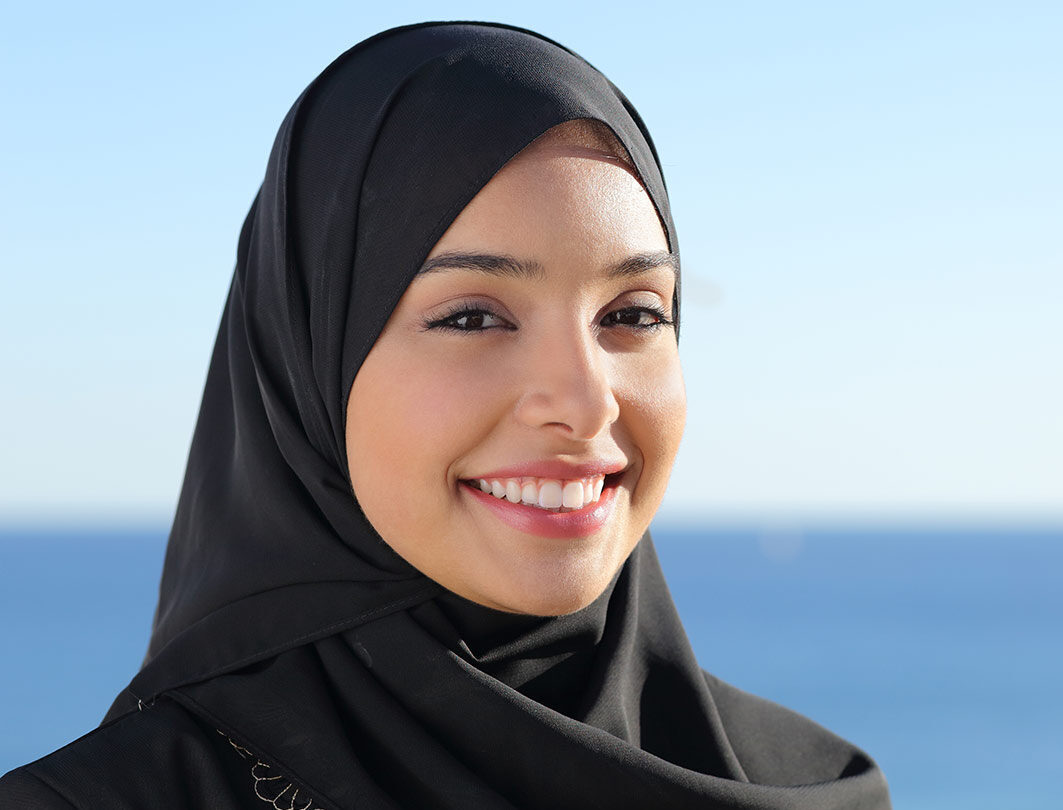