What Procedures Can Enhance Facial Beauty and Harmony i.e. Make You Better Looking? 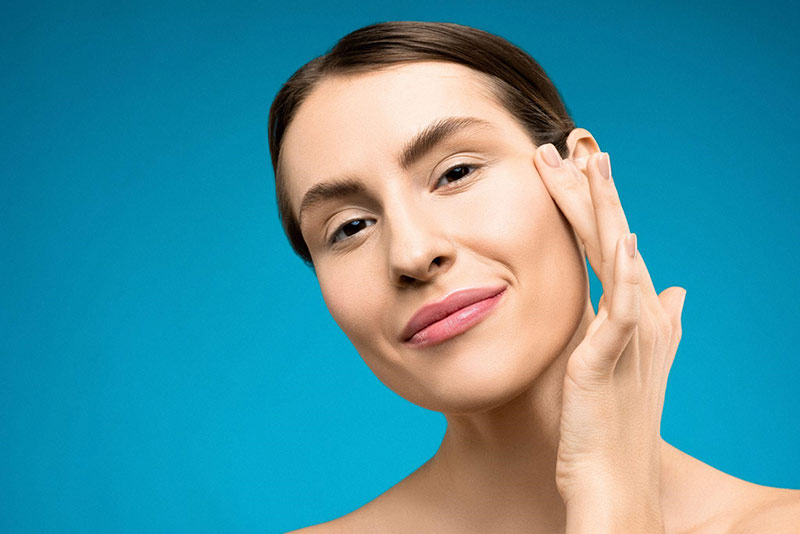 Thanks to advances in cosmetic surgery, you can choose from a lot of facial procedures to beautify face. These procedures help increase your self-esteem, work performance, and self-respect.

But what exactly are the procedures that can help you do all of these?

In this article, we will talk about what defines a beautiful face and the facial procedures to beautify face.

What Is a Beautiful Face? 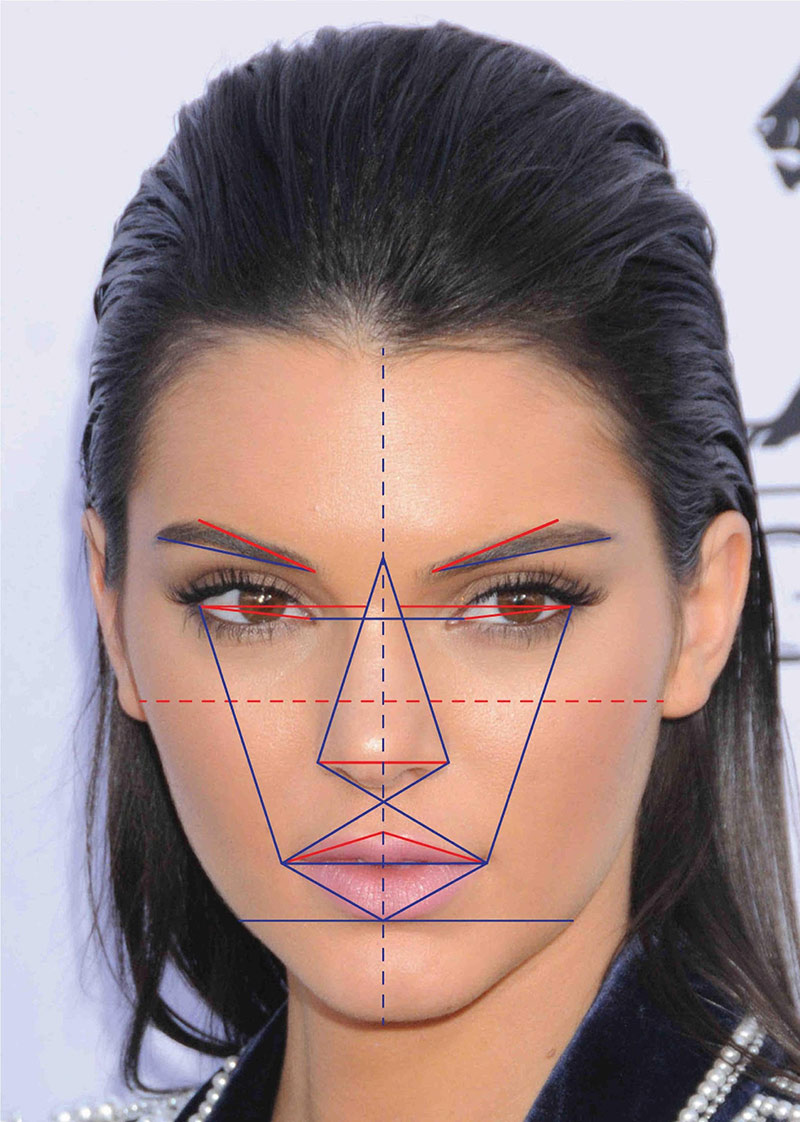 Facial procedures to beautify face help you get closer to the Golden Ratio.

I, Dr. Julian De Silva, spent years analysing the most beautiful faces on the planet. Thanks to my research and observation, I can now define what a beautiful face is.

In a gist, a beautiful face coincides with the principles of the Golden Ratio (more about this later).

I also use a personalised treatment plan to enhance someone’s look. To do this, I ask every patient to bring an old photograph, ideally from their 20s or 30s. This gives me an idea of how they used to look.

Then, I create a treatment plan that will rejuvenate their faces and restore them to what they used to look like in their younger years.

Moreover, there are three universal aspects of ageing. These are gravity, increased skin laxity, and volume loss. However, everyone ages differently. Hence, each facial rejuvenation should be tailored to the individual.

For some patients, minor tweaks can enhance their facial balance and increase their relative beauty.

I also did extensive research on using the Golden Ratio to assess facial beauty and how a face can be naturally enhanced using minor tweaks and refinements.

Running The Centre For Advanced Facial Cosmetic And Plastic Surgery in London for several years has allowed me to study the male face more. In fact, my experience and research in the field have led me to give safe and effective male facelifts.

In addition, I have invested in new computer mapping equipment and techniques to discover more about what makes males look physically attractive.

The Phi ratio of 1.618 has long been regarded to hold the secret of beauty. Thanks to the equipment and techniques my clinic uses, we can now determine exactly how it relates to males.

The Golden Ratio was a mathematical formula devised by the Greeks to quantify beauty. While the ratio can be applied to anything, it was utilized by Leonardo Da Vinci in his classic work The Virtruvian Man to depict the ideal human male body.

The concept is that the closer a face or body’s proportions are to the number 1.618, the more attractive it is.

Given these, George Clooney had been the planet’s most handsome man for decades. His status was also proven by science, giving it more validity.

For one, Clooney has a lovely facial symmetry that comes closer than any other man to having what the Greeks considered the ideal face.

In particular, Clooney received the highest total score across the 12 essential criteria. He has a near-perfect ratio of the nose to lip dimension at 99.6%. Moreover, he has a practically ideal chin and eye spacing. 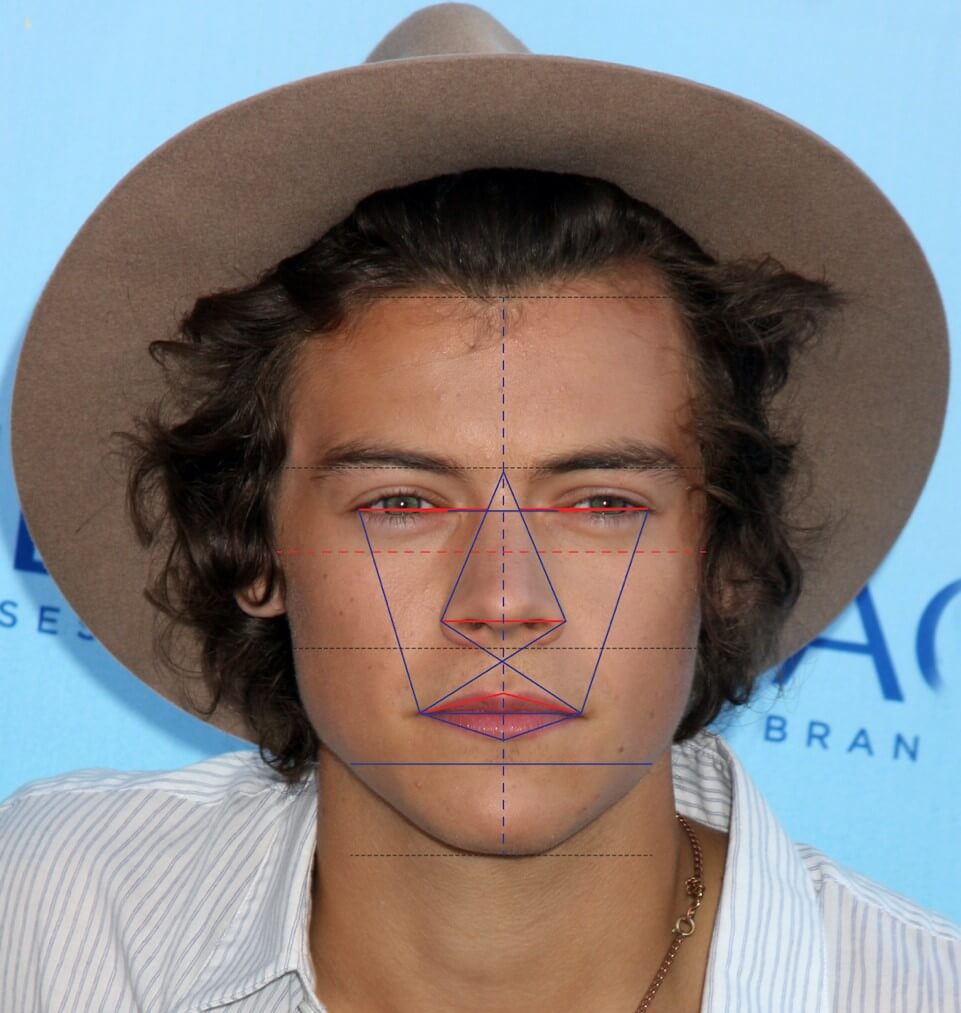 Harry Styles is the fourth most handsome man in the world, according to Dr. De Silva.

Based on my mapping techniques, here are the world’s ten most handsome men:

The results are an average of the 12 key markers over the face. These markers include the lips, eyes, nose, eyebrow, chin, forehead, and facial shape. 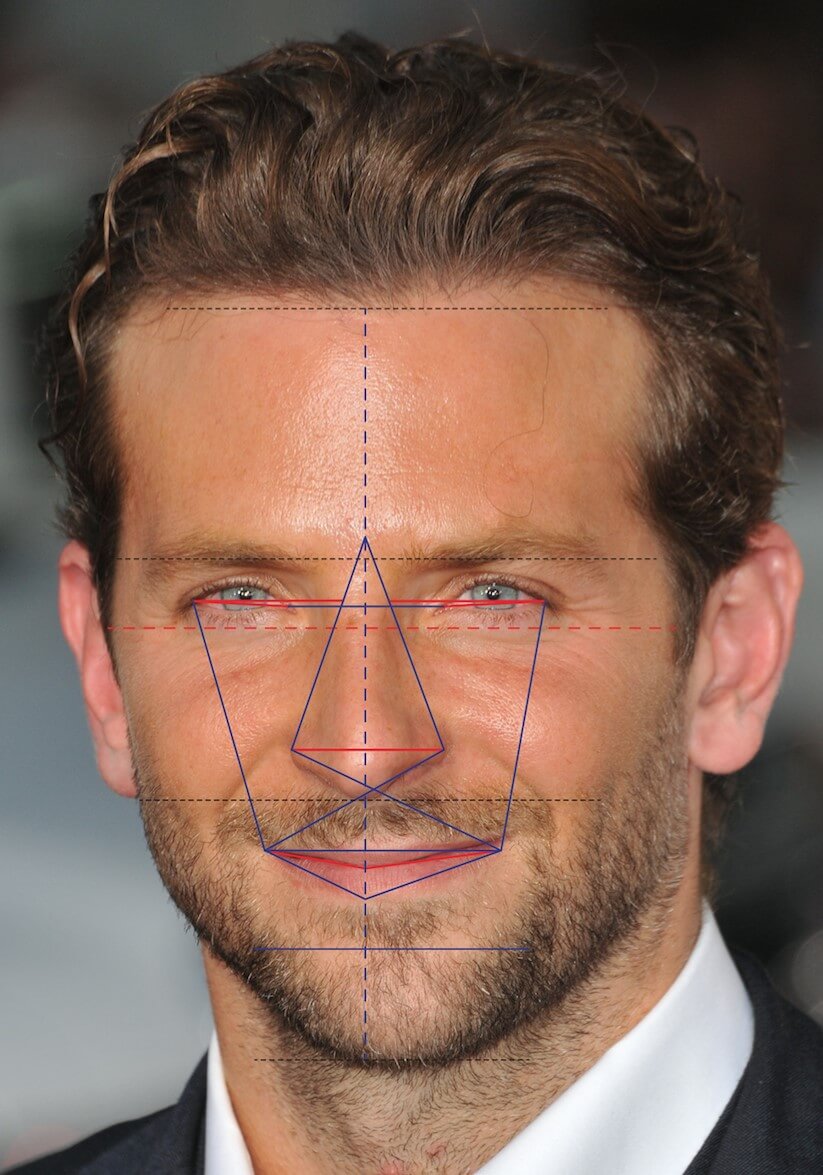 Bradley Cooper is the second most handsome man in the world, according to Dr. De Silva.

Here’s the overall ranking according to the techniques I, Dr. Julian De Silva, developed: 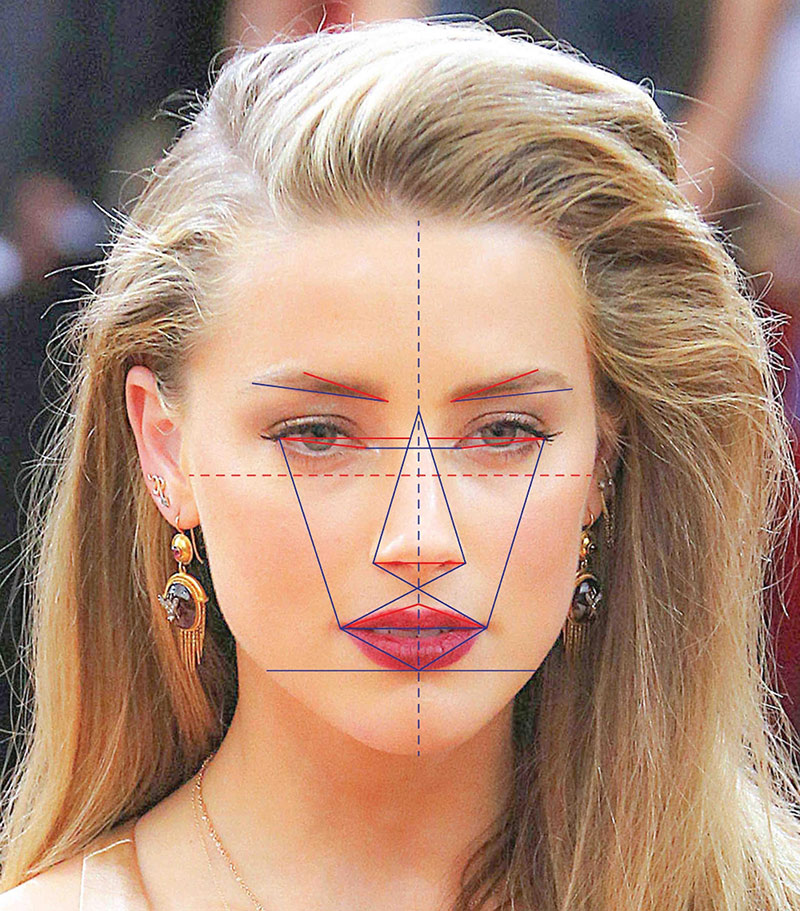 Amber Heard is the most beautiful woman in the world, according to Dr. De Silva.

Now that we have covered the analysis of a beautiful male face, let’s talk about the female face. 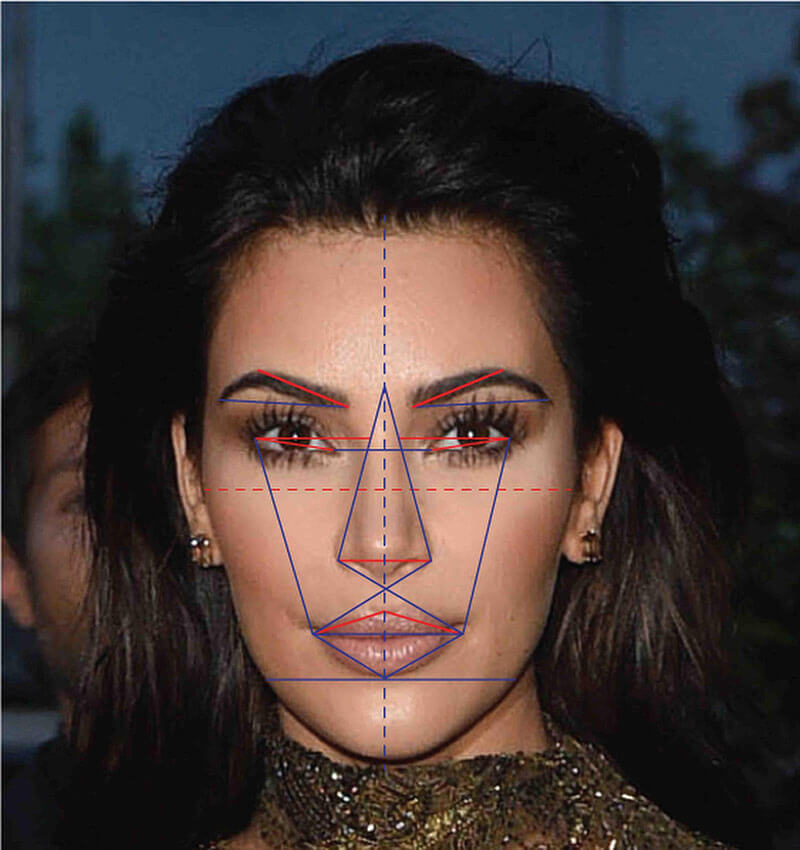 Kim Kardashian is the second most beautiful woman in the world, according to Dr. De Silva. 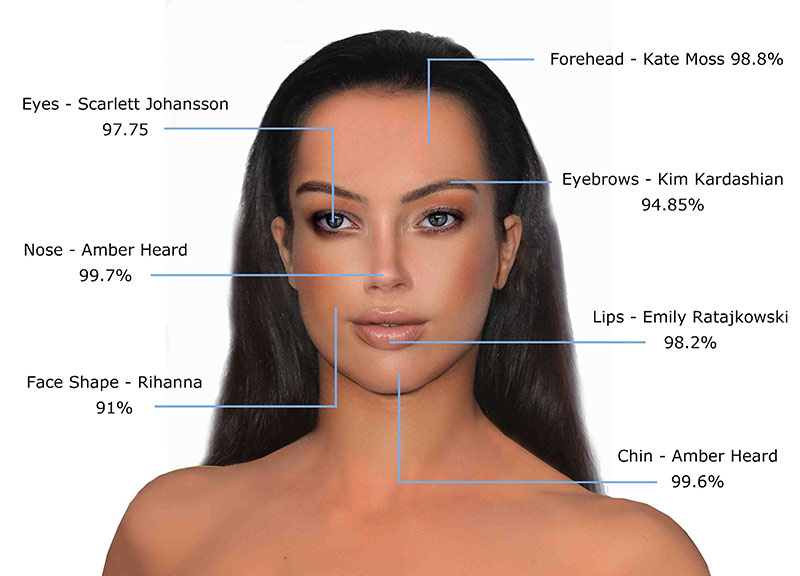 Combining the different facial parts of the prettiest women in the world produced the picture above.

Furthermore, Kim Kardashian came in second with 91.39 percent, Kate Moss came in third with 91.06 percent, Emily Ratajkowski came in fourth with 90.8 percent, and Kendall Jenner came in fifth with 90.18 percent.

I also determined which celebrity’s nose, eyes, brows, chin, lips, forehead, and face shape were the most attractive. Here are the outcomes:

In addition, we have developed a brand-new computer mapping technology that can determine how to modify facial contours in subtle ways. We have cracked some of the riddles of what makes someone physically beautiful thanks to this ground-breaking technology. 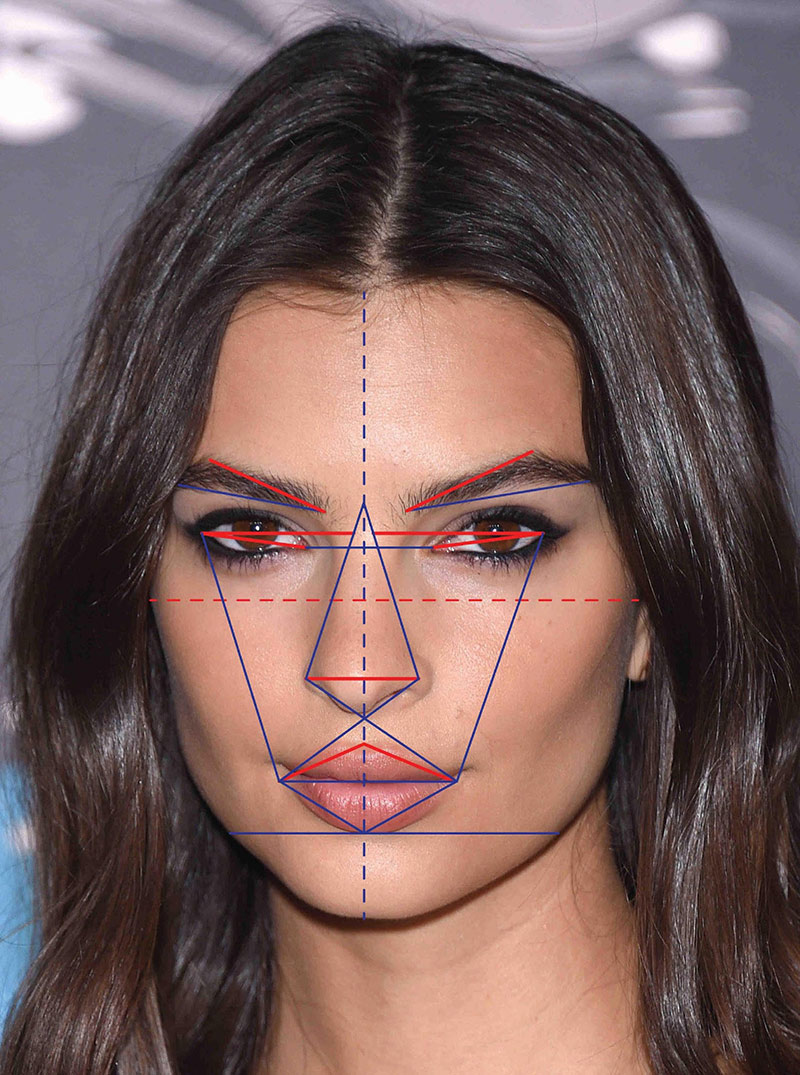 Emily Ratajkowski is the fourth most beautiful woman in the world, according to Dr. De Silva.

The average of 12 essential markers throughout the entire face, including the lips, eyes, nose, brows, forehead, chin, and facial shape.

Here are the results: 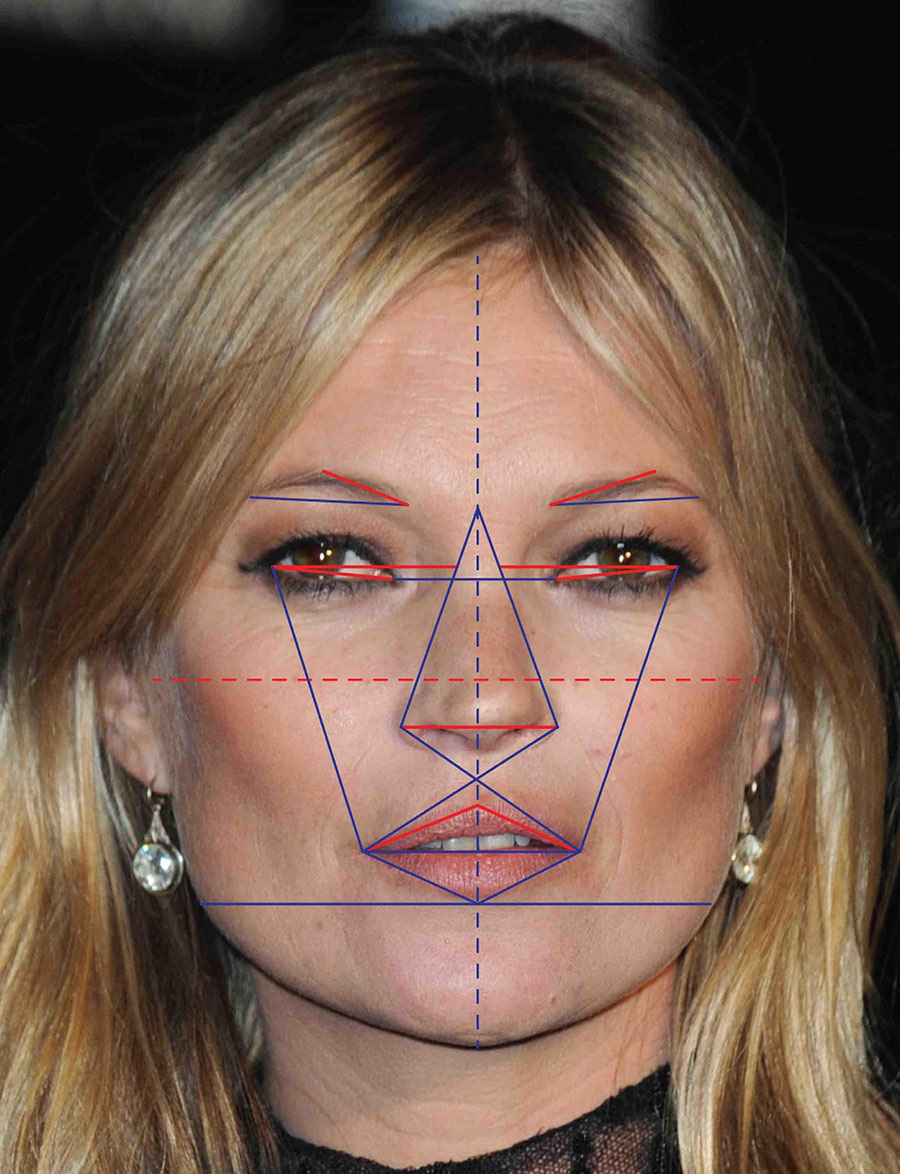 Kate Moss is the third most beautiful woman in the world, according to Dr. De Silva.

After completing extensive research on the Golden Ratio, I discovered that it is the ultimate determinant of universal beauty.

So, I also compiled the most beautiful women in art, according to the techniques I developed that were inspired by the Golden Ratio: 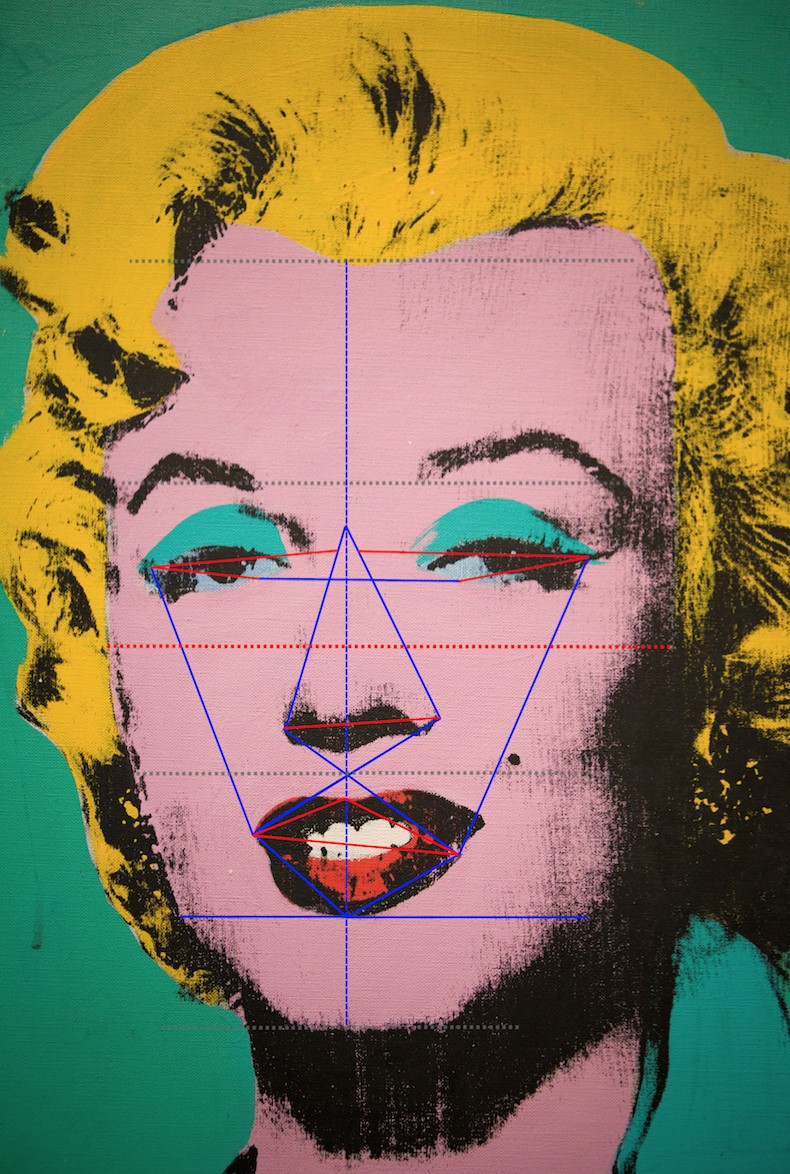 Marilyn Monroe by Andy Warhol is the most beautiful woman in art, according to Dr. De Silva.

The Birth Of Venus is the second most beautiful woman in art, according to Dr. De Silva. 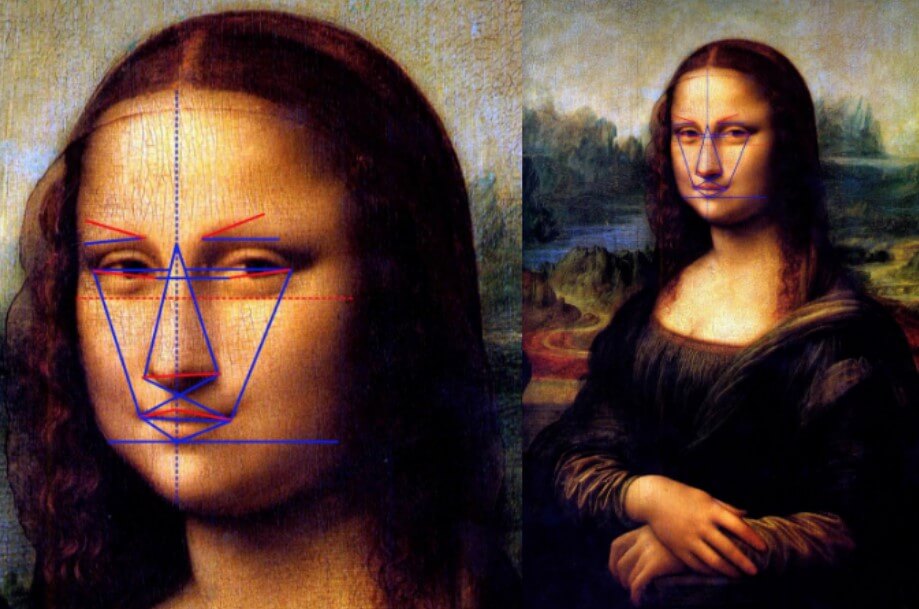 Mona Lisa is the third most beautiful woman in art, according to Dr. De Silva. 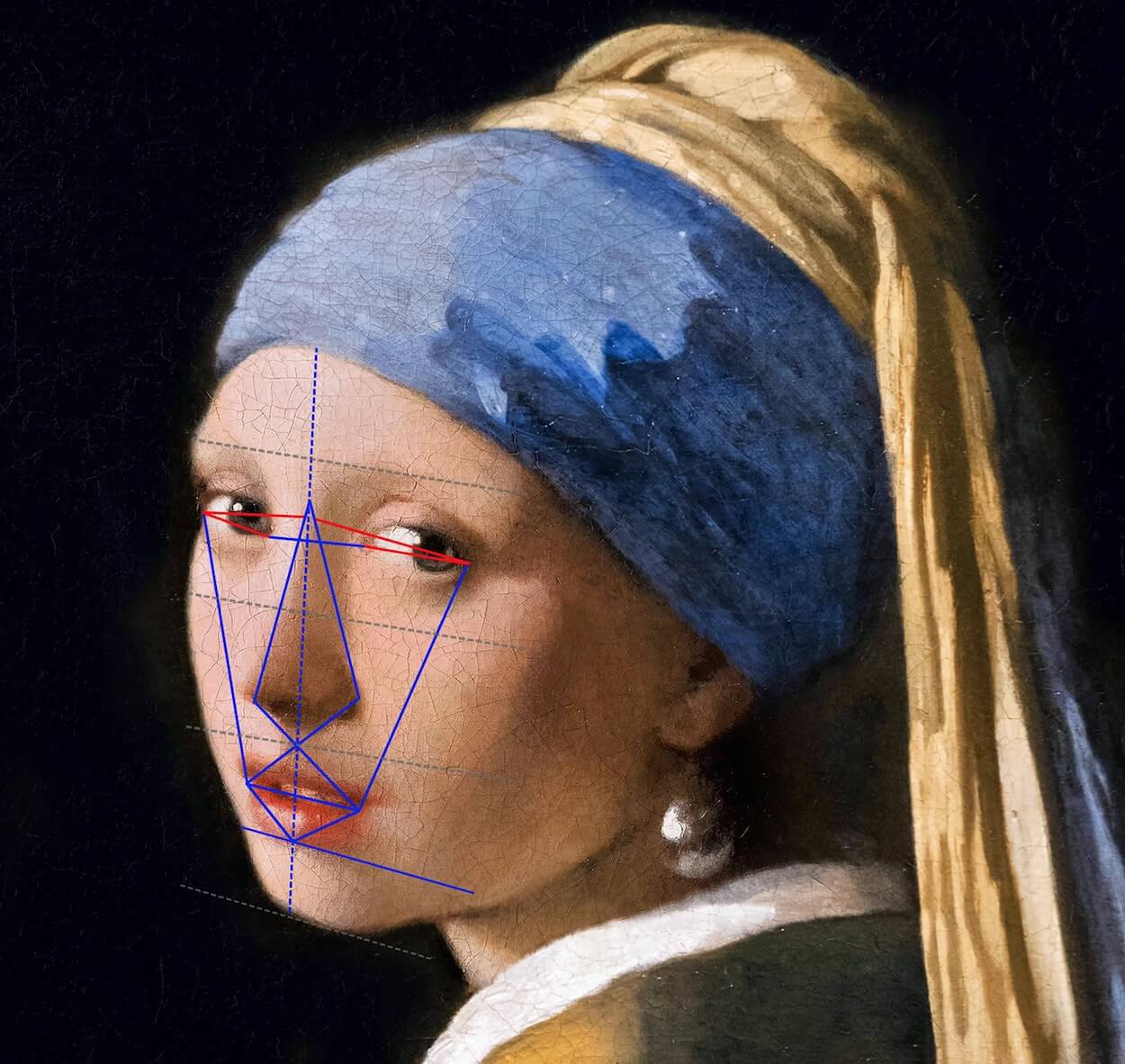 Girl With A Pearl Earring is the fourth most beautiful woman in art, according to Dr. De Silva.

Olympia is the fifth most beautiful woman in art, according to Dr. De Silva. 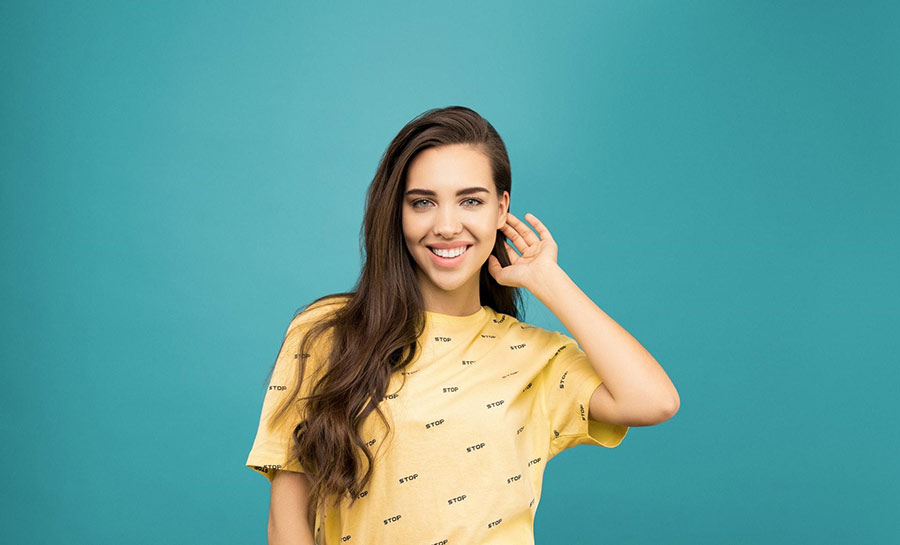 The most common facial procedures to beautify face can improve your life.

Here are the most popular facial procedures to beautify face:

One of the common features of facial ageing is the loss of natural fat. However, using your own fat with fat transfer can replenish this volume, resulting in a longer-lasting facelift.

Because there is no prolonged recovery or redness, the method is a huge improvement over standard carbon dioxide (CO2) lasers. Depending on the skin type and degree of facial ageing, laser skin resurfacing must be adjusted to the needs of the patient.

Morpheus8 targets the skin’s and tissue’s subdermal layers to remodel collagen on the face and body. This fractional tissue therapy encourages collagen formation in the dermis’ underlying layers. Morpheus8’s modular tips also allow operations to be tailored to specific body locations, whether large or little.

FaceTite is a cosmetic technique that targets wrinkles and sagging skin on the lower half of the face. The operation combines the use of radiofrequency radiation and liposuction in a tiny device and requires only a few incisions.

Platelet Rich Plasma or PRP, is a common injection treatment for cosmetic purposes. This is due to its capacity to use our own platelet-rich blood cells to naturally regenerate the skin and mend the signs of ageing.

Upper Third of the Face

Facelifts can be improved with eyelid surgery. The most popular cosmetic procedure that I, Dr. De Silva, do for patients is blepharoplasty, sometimes known as eyelid surgery.

The skin and muscle around the eyelids loosen as a result of age and heredity, resulting in loose skin, puffiness, and dark rings that can make you look exhausted.

With sophisticated equipment and a camera, the surgeon can see the anatomy beneath the brow; the method is complicated and takes skill to raise the brow successfully and long-term.

A temporal brow lift, also known as a lateral brow lift, is a procedure that involves making alterations to the forehead while also raising the brows. It is used to enhance the appearance of your eye while correcting the outer one-third position of your brow.

The Lower Third of the Face 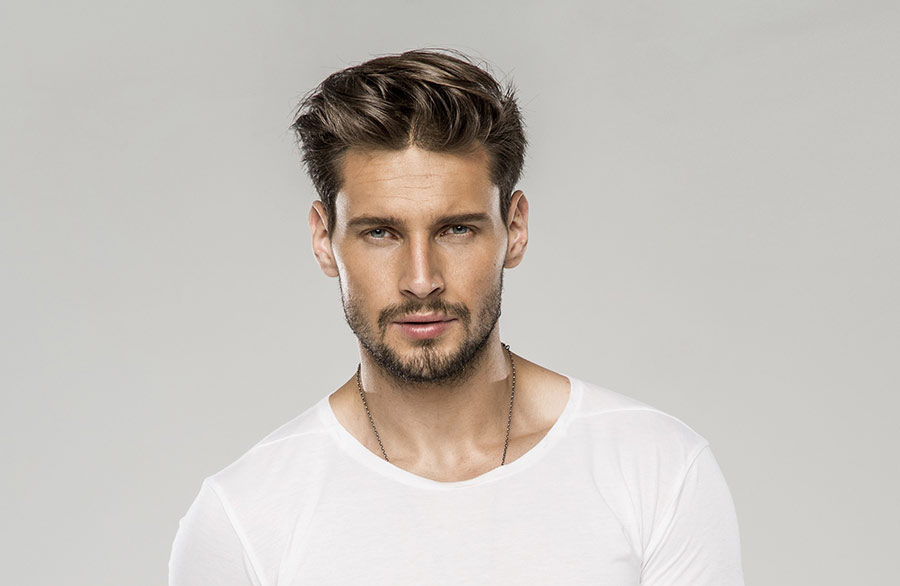 Chin augmentation is a common facial procedure to beautify face.

A chin implant balances a person’s face and is a low-risk procedure that can improve facial harmony significantly. When glancing at a person’s side profile, chin insufficiency is usually visible, as the chin should line with the philtrum (junction between the nose and upper lip).

The neck and eyes are the most essential features of a man’s face; these two places might give him a fatigued appearance due to loose skin.

Male blepharoplasty is a procedure that involves an upper and/or lower blepharoplasty to give the eyes a more manly appearance. We can achieve an appearance that better suits the natural features of the male face and its structures by making minor changes to the method. Though these alterations may appear simple, they can help many patients achieve a far more appealing and natural result.

Male jawlines are often larger and sharper than female jawlines. When tightening muscles or skin tissue in male patients, surgeons must be aware of Adam’s apple; overdoing it or being careless could cause discomfort or injury to the patient’s neck. Although there aren’t many distinctions between male and female neck lift patients, it’s critical to have a trained surgeon who understands the slight differences.

The ideal chin position is established by placing the individual’s Frankfort horizontal. It is defined as an imaginary line drawn from the bottom of one’s eye socket to the top of one’s ear canal parallel to the ground. The chin should protrude forward to an imaginary line formed from the lower lip downward in this position (Frankfort horizontal).

Do you want to enhance your look and get closer to the Golden Ratio? Facial procedures to beautify face can help you.

I believe that these procedures can improve your life, so I invested in the latest technology for you. In particular, we bought three new machines in 2021 and 2022 to perform facial procedures to beautify face. Contact us to book a consultation with Dr. Julian de Silva now!