Dr. De Silva featured in Marieclaire.co.uk and uses calculation to determine what it is that makes someone physically beautiful

Ageing of the face is one thing that is certain in life and cosmetic surgery has been a part of culture since at least since Roman times. Surgeons would routinely remove scars on Roman’s backs, these carried stigma suggesting that a man mad turned his back in battle or had been whipped.

The first symptoms and signs of facial aging are facial lines, these commonly occur between the eyebrows, forehead and outside of the ears and are most noteable of facial moving. This was followed by the Middles Ages (130 A.D.) in which that there were documented cosmetic surgery on the both drooping eyelids and nose re-shaping. These were documented in a series of medical texts at a time when a surgeon’s skill were considered to be in the realm of magic. Over 2000 years there have been huge strides in medicine and evolution of cosmetic surgery, however there remains an element of artistry.

In ones thirties, with good genes and some attention to healthy living (avoidance of sun exposure, non-smoking), there may be the beginnings of some wrinkles and age spots. These may present as subtle signs of ageing such as the fine lines around the eyes and mouth when the person smiles and maybe even a hint of eye bags.

The rise of Alpha Female Ageing: Why successful women like Kate Moss and Theresa May age MUCH quicker

Cosmetics can be used to hide some of these imperfections and a greater tendency to visit salons for facials. The thirties is a good time for action to start making changes to your lifestyle and institute appropriate skincare measures. 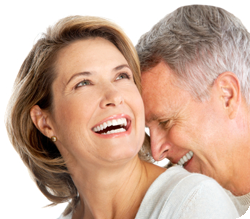 50s
In ones fifties, deeper wrinkles and folds of skin develop which are present at rest. There is increased laxity of the skin with descent of the soft tissues at the jowls over the jaw and the laxity of skin at the neck becomes more apparent. The upper eyelids may show laxity of skin that droop forward making it more difficult to apply make up. In the lower eyelids there may be bag formation from fat prolapse and the appearance of dark circles around the eyes. The skin becomes thinner and drier with age spots (solar lentigines) and the beginnings of age changes (seborrhoeic keratoses). People who have sustained heavy sun exposure may develop solar keratoses. The lips begin to thin and the corners of the mouth may turn downwards. Cosmetics, anti-wrinkle injections and fillers are less effective in camouflaging these changes and cosmetic surgery may be necessary.

60s
In ones sixties there is further thinning of the skin, loss of volume in the face and soft tissue descent with skin laxity at the neck. The bony foundation of the face that has been gradually reducing is more apparent, resulting further loss of malar cheek volume and sunken nose. The thinning volume of the skin and underlying soft tissues results in the appearance of fine vessels in the skin (telangiectasias), sun spots, enlarged pore size and deeper lines.

70s and 80s
In ones seventies and eighties there is a continued aging in all the layers of the face including the skin, soft tissues, underlying muscular layer and boney skeleton.

What are the causes of facial ageing?

In the past, it was thought that ageing of the face was an inevitable normal process over which we had little control. Scientific research has shown that up to 90% of skin ageing is a consequence of exposure to the sun. Sunlight accelerates the ageing process through photoageing that is preventable through sun avoidance and the use of sun protection agents. The other 10% of skin aginig is considered intrinsic and more difficult to influence. There is cumulative damage to the skin that occurs with sun exposure, the damage may go unnoticed until many years later, and is why it is important to take precautions from the sun from childhood.

The deeper layer of the skin (dermis) is thinned due to loss of connective tissue, fluid and mucopolysaccharides. The molecular structure of the collagen and elastin fibres are effected and the skin is more lax. Thinning of the soft tissues and muscles allows fat to herniate from the eye socket resulting in bags under the eyes. Underlying fat is further reduced, resulting in loss of fullness and sunken cheeks.

What are the different layers of the face?
There are three principal layers to the face, the foundation, the middle sandwich and the surface icing. The foundation consists of the boney skeleton and cartilage.

The middles sandwich consists of the muscles and fibrous attachments of facial expression, they also provide support to the eyebrows, eyelids and the mouth. The surfacing icing is the skin, that provides a vital function in protection of the underlying structures. 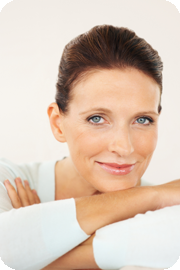 The skin also loses elasticity with facial aging, resulting in an excess of skin that sags under the effect of gravity. There is also loss of the support in the middle muscle layer that results in sagging eyelids, jowl formation and down-turning of the corners of the mouth.

Facial aging – What happens to the Upper Third?
The Upper third of the face was defined by Leonardo da Vinci Rule of thirds and extends from the top of the head to the eyebrows. The first signs of facial ageing in the upper third of the face include the appearance of fine lines and wrinkles in the glabella (area between the eyebrows) and forehead. Brow and forehead lines can be effectively managed with the use of anti-wrinkle injections (neuromodulators) and injectable fillers. In some people the brows may also droop below the boney rim of the eye socket, these patients may benefit from a brow lift.

The upper lids are one of the early signs of facial ageing and begin to change in the thirties with a droopy excess of upper eyelid skin and protruding fat bulges. Female patients may notice increased difficulty applying cosmetics to the upper eyelids and the eyes may look smaller. Upper eyelid blepharoplasty is the most common cosmetic surgery and effectively rejuvenates the upper lids.

Aging changes in the lower eyelids may make patients look tired, the fat that normally cushions the eyeball begins to protrude through the eyelids as bulges and rings around the eye. These lumps may also produce a shadow under the lower eyes which contributes to the troublesome appearance of “dark circles”. In addition the combination of thinning of facial soft tissues and descent result in an excess skin of the lower eyelid skin resulting in it becoming more lax and the appearance of wrinkles. Lower eyelid blepharoplasty is a common cosmetic procedure in which the fat bulges are reduced and the lower lid skin can be effectively rejuvenated with cosmetic surgery.

Facial aging – What happens to the Middle Third?
The middle third of the face is defined, as the area of the face between the eyes and the base of the nose, and is one of the main contributors to signs of facial aging. The youthful middle third is characterized by youthfulness and high cheek volume. As we age, we lose fat in the cheeks that results in thinning of the face and increasingly apparent lines and wrinkles that develop as folds in the overlying skin. The use of volume enhancement with fillers is an effective way of restoring volume in the early stages, although only temporary. Other cosmetic procedures including the use of implants and fat augmentation may be used as more permanent solutions.

Facial aging – What happens to the Lower Third?
After facial aging changes in the eyelids, changes in the neck are one of the earliest signs of facial ageing. A combination of soft tissue laxity and gravity results in drooping of the soft tissues (jowls) below the jaw line. Laxity of the neck becomes more apparent under the chin and the neck resulting in increased folds of skin and loss of the youthful chin-neck angle. Separation of the platysma results in vertical neck bands that have been termed a “turkey gobbler” neck. Dr. De Silva would recommend a neck lift to repair the platysma muscle and restore the youthful chin-neck angle. Dr. De Silva meticulously restores the position of the platysma at both its front and back surfaces, to ensure both natural and long-lasting result.

The lips gradually thin as we age, with atrophy of the soft tissues and underlying teeth. Younger people have plumper lips that often have a natural S-shape to their lips with a sharp vermillion border (junction between the skin and lips). Aging of the lips results in a loss of volume, curvature and resulting in increased vertical lines. Treatment of the aging lips may involve the use of fillers and lip implants. Lip implants may offer a permanent solution to restoration of volume to the lips.

Facial aging of the lower third of the face includes volume loss of the cheeks and gravitational decent. The smile lines are called nasolabial folds and run from the side of the nose to the corner of the mouth. In early facial ageing, volume restoration with the use injectable fillers can plump deep smile lines and take off years in several minutes as a lunchtime non-invasive procedure. As the lines deeper, surgical restoration is an effective long-term solution with a facelift of the soft tissues.