Dr. Julian De Silva, a London Blepharoplasty surgeon, shares his experience with the ethnic blepharoplasty. Dr. De Silva has a large number of patients of ethnic descent (non-white) who request Blepharoplasty/ eyelid surgery in London, the most popular destination for Middle Eastern patients to have cosmetic surgery in the world. Dr. De Silva practices are on Harley Street in the Central London and West London, he sees patients of ethnic descent from all over the world who have travelled to London for many personal reasons, one of which is to undergo blepharoplasty surgery by Dr. Julian De Silva.

The ethnic eyelid can have a variety of characteristics, and anatomical variations that distinguish it from the white Caucasian eyelids, typically these include relatively full brow, fine upper eyelid show, lines in the lower eyelid with or without bags and variable dark rings and facial lines. These characteristic changes usually occur as a consequence of facial aging, however genetics also have an important role. Some younger patients have genetic factors that result in multiple lines in the upper or lower eyelid from their twenties and these changes give them an appearance of being older than their actual years. Dr. De Silva favours conservative blepharoplasty surgery that gives a natural looking result. The ethnic eyelid can refer to the Middle Eastern eyelid, the Latino/Hispanic eyelid, the African American eyelid (which is often more forwardly positioned, termed proptosed) or the Asian eyelid (tends to be flatter with half of patients lacking a crease in the upper eyelid).

According to Dr. Julian De Silva, although there is a large spectrum of variable appearance in these ethnic eyelids, there are some common characteristics which allow them to be grouped as ethnic, which include thicker skin, an up-slanting slope of the outer eyelid and variable pigmentation of the lower eyelids and dark circles.

The eyelid is a key element of facial appearance as the eyes are the first point of communication between people in the form of eye contact. Anatomic variations typical of each ethnicity are also present in the facial skeleton, contributing to facial harmony. This is particularly true for the orbital area (Boney support of the eye) which is the support platform of the eyelid. Ideally, a beautiful eyelid should have a gentle arc that sweeps from the nose towards the cheek often with a small 1-2mm incline. The upper eyelid has a crease that determines the amount of upper eyelid show, often in ethnic blepharoplasty there are differences in the degree of eyelid show and the surgery must be individualised with cosmetic and plastic surgery. The position of the brow is frequently low and must be taken into consideration in ethnic blepharoplasty and for some patients elevation with a conservative brow lift is required, care is required to ensure the brow looks natural and as over-lifting creates an unnatural or surprised look, Dr. De Silva does not use techniques that create an unnatural appearance. Common changes in the lower eyelid include lines, swelling, bags and dark circular depressions as a consequence of loss of facial volume. The junction between the eyelid and the cheek is smooth in younger people, and with facial ageing loss of volume in the face results in a depression between the eyelid and the cheek. The lower eyelid has multiple complexities in its anatomy with attachments of ligaments muscles that must be respected with surgery.

The dimensions, the shape, and the position of the eyelids are determined by the structural support of the eyelid and also by the skeletal support of the orbit and midface. The Proportions of the eyelid are related to the rest of the facial structures, mainly the brow, temples and maxilla. Dr. Julian De Silva, a London Blepharoplasty surgeon and specialist in the eyelid, pays particular attention to the soft-tissue cover of the eyelid which he feels is also basic for nasal beauty. Although openness and curvature of the eyelid are important, skin thickness produced by a layer of subcutaneous fat or a number of sebaceous glands.

The non-European eyelid can be divided into Middle Eastern, Afro-Caribbean or Asian eyelids, presenting physical differences with the European eyelid not only in the colour of the skin but also in facial features. These differences are related to the shape of the facial skeleton, the configuration of facial muscles, and the thickness of the skin and its subcutaneous fat layer.

In the ethnic eyelid important consideration should be given to the septum and the orbicularis muscle. The orbicularis muscle provides a key function in blinking of the eye and in warmer countries excessive surgery on the orbicularis can result in symptoms of dryness. Dr. De Silva favours conservative surgery to reduce preserve the functioning of the eyelids and by removing the correct amount of skin improve both the cosmetic appearance of the eyelid and the blinking eyelid function. In the lower eyelid important consideration must be given to the fibrous septum, damage to this key structure results in eyelid retraction. Dr. Julian De Silva, a London Blepharoplasty surgeon, uses various techniques to support and strengthen the septum preserving its key function. Dr. De Silva often uses specialised techniques to support the lower eyelid in the recovery period such as canthopexy.

X-ray of orbits, the bones surrounding the eye and supporting the position of the eyelids. The underlying shape of the bones in different ethnicities reflects the positions of the eyelids and must be taken into account with blepharoplasty to give a natural looking result.

The Objectives of the surgery – The main objective of the surgical procedures in non-Indo-Europeans, according to Dr. Julian De Silva, specialist Blepharoplasty surgeon in London, is to modify the eyelid and other facial features so that the final result preserves the individual’s ethnicity while improving and rejuvenating their appearance, and not to create something based on the Caucasian-European face. To achieve this result, the following elements must be altered in the upper eyelid: the skin crease, orbicularis muscle, septum, medial fat pad, lateral canthus. In the lower eyelid, the conjunctival access, septum, the three fat pads, retractors, lateral canthus, skin laxity, rhytides and eyelid-cheek junction. In conjunction with eyelid surgery often additional specialist techniques are required to give the best natural looking result including, skin resurfacing, laser treatment, canthopexy, ptosis correction (droopy eyelid) and platelet rich plasma. 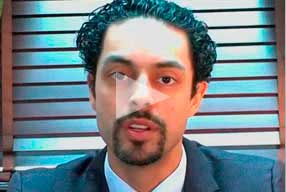 Meticulous care is required with measurements of the eyelids as less than 1mm difference between the eyelid heights can be see. Dr. De Silva spends a long time measuring and re-measuring the eyelids to enhance symmetry and an even appearance. All of us have degrees of asymmetry between the right and left sides, and with eyelid surgery, the asymmetries can be improved with surgery.

Skin & Scarring. In ethnic blepharoplasty an important consideration is scarring and darkening of in the skin. Coloured skin is more prone to deeper scarring and Dr. De Silva uses innovational techniques to reduce scarring for specific patients. Some patients benefit from the use of fibrin tissue glues that can avoid the need for stiches. In patients who have marked propensity for scars, Dr. De Silva uses additional non-scarring agents to improve healing. Key to normal healing of scars is avoiding sun exposure in the healing period, as ultraviolet light, may cause darkening of the skin, the use of hats and high quality sun protection factor is advised.

Dark ring below the eye. A common finding in facial ageing in ethnic blepharoplasty is a deep dark ring beneath the lower eyelid at the junction between the eyelid and the cheek. This involves taking some fat from around the belly button, processing the fat to concentrate only the fat cells and inserting this in micro-aliquots into the ring depression. Dr. De Silva uses special micro-cannulas from the US to insert the fat avoiding incisions in the skin and placing it precise locations between the eyelid and the cheek. The fat is placed into specific areas around the eyes that are specific to the individual, including the junction between the eyelid and cheek, cheek, eyebrows, glabellar, temples and lateral canthus. In some individuals that have hollowing of the upper eyelid and deep sulcus, fat can be used to effectively rejuvenate their appearance by placing a micro-aliquot of fat in the upper eyelid sulcus, restoring a fuller brow associated with youth.

Lines around the eyes. Lines around the eyes can result from skin laxity, loss of facial volume, sun damage, orbicularis movement and genetic factors. Dr. De Silva tailors treatment of the lines to the underlying cause. Ethnic skin is different to Caucasian skin and caution must be taken with laser techniques to improve the skin condition, smoothening lines aswell as avoid darkening of the skin and redness. Dr. De Silva utilises a specialist US laser to treat the periocular skin in ethnic blepharoplasty to maximise the results. The laser is able to provide both deep skin rejuvenation with carbon dioxde laser and polishing of the superficial skin with Erbium-YAG laser.