Uma Thurman’s recent red carpet appearance drew a lot of attention from the press for her “drastic change in appearance.” Many media outlets have speculated on plastic surgery she may have undergone, recalling the plastic surgery speculation furor that happened after Renee Zellweger’s recent changed appearance as well. Many of my patients are now asking – has Uma really had work done?

Uma Thurman Before and After 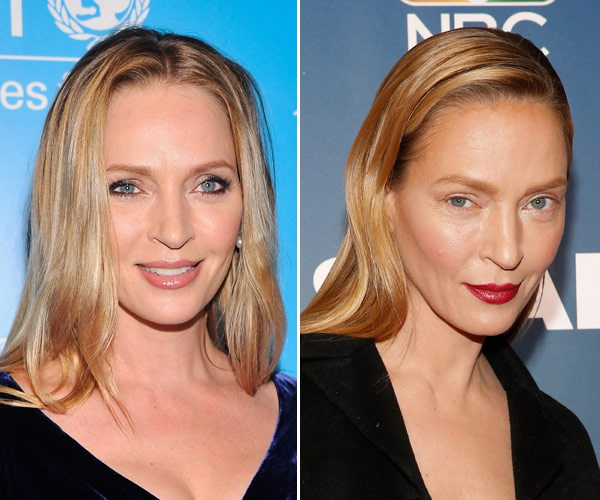 Though Uma’s new look is very different from her previous red carpet styling, these differences are more due to makeup and styling than plastic surgery. Her eyebrows have been styled much straighter and fuller than before, which makes her look younger. Her hair is slicked back, which allows her features to stand out more than her previous loose face framing locks. Her makeup artist also used more contouring techniques to highlight her cheekbones.

Through these cosmetic changes, we can still see that the fundamental facial structure has stayed consistent. Her eyelid spacing has not changed, which was one of the big indicators with Renee Zellweger’s rumored blepharoplasty.  Uma’s red lips may draw more attention, but they are still the same size and shape as before, and her nose has stayed the same as well. Her skin texture is very smooth and luminous, but this is not a drastic departure from a picture taken of her a year previously, and the makeup artist responsible for her look has explained the steps he took to create such a dewy effect.

The Effect of Makeup

Uma’s pictures really highlight how important a tool makeup is in changing a person’s look. By minimizing eye makeup and highlighting the skin and lips, Uma’s makeup artist managed to create a look that caused plastic surgery speculation frenzy.  Mascara and eyeliner in particular can greatly change the shape and look of a person’s eyes.

Uma Thurman’s Look Will Not Work For Everyone

Uma’s look was much more high fashion than previous, and it is important to note that this type of look will not suit everyone. Uma has very bright, stand-out eyes that pop even without eye makeup, whereas most people tend to emphasize their eyes to make them look bigger or change their shape with makeup. Her skin is also smooth and wrinkle-free; this allowed her makeup artist to focus on strategies that would provide a youthful, radiant effect. Rather than a matte foundation for the face, he used a glowing foundation layered with a dewy mist to provide a luminous effect. This would not work on older people with wrinkly skin, as the makeup would settle into the folds more visibly.

Non-Surgical Procedures For A Rejuvenated Look

More mature individuals who wish to look radiant without going under the knife can consider some non-surgical alternatives. Dr. Julian De Silva is a London-based facial cosmetic surgeon. His specialty is the face, neck, eyes, and nose. There are several non-surgical procedures that Dr. De Silva recommends to improve the skin tone and reduce the effects of aging. Platelet-Rich-Plasma therapy (also known as PRP) has been proven to improve skin quality and improve healing after surgery or laser treatments. Laser Resurfacing has also grown in popularity as people are taking advantage of advanced laser technologies to achieve smoother, younger-looking skin. Dr. De Silva has extensive experience and expertise with these technologies and ensures that his patients always have incredible, natural-looking results that look like a refreshed version of themselves. Please contact our office for more information. 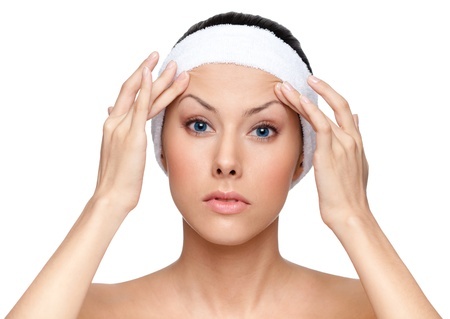 One of the main differences between the two options is that a liquid facelift is a non-surgical alternative to the traditional facelift procedure. While a traditional facelift requires an incision, the use of either general or local anesthesia, and involves a more intensive recovery period, the results of a liquid facelift are nearly immediate and require no downtime. A liquid facelift, as performed in our office, is a broad term that generally includes injectable fillers, like wrinkle reducing treatments and Juvederm. The term can also include the PRP facelift, a treatment in which platelets from your own blood are extracted and transported to the face in order to revitalize and refresh your complexion. A liquid facelift will leave no signs of scarring, can visibly restore lost facial volume, and is a good option for those who are hoping to achieve a younger, more refreshed look but who are afraid of or otherwise unwilling to undergo surgery. Whereas a traditional facelift can take up to two hours to perform and requires you to take about a week off from work, your liquid facelift will be complete in 15 minutes. You will be in and out of the office without having to sacrifice your daily routine to devote to a proper recovery and can literally have the treatment done during a lunch break from work.