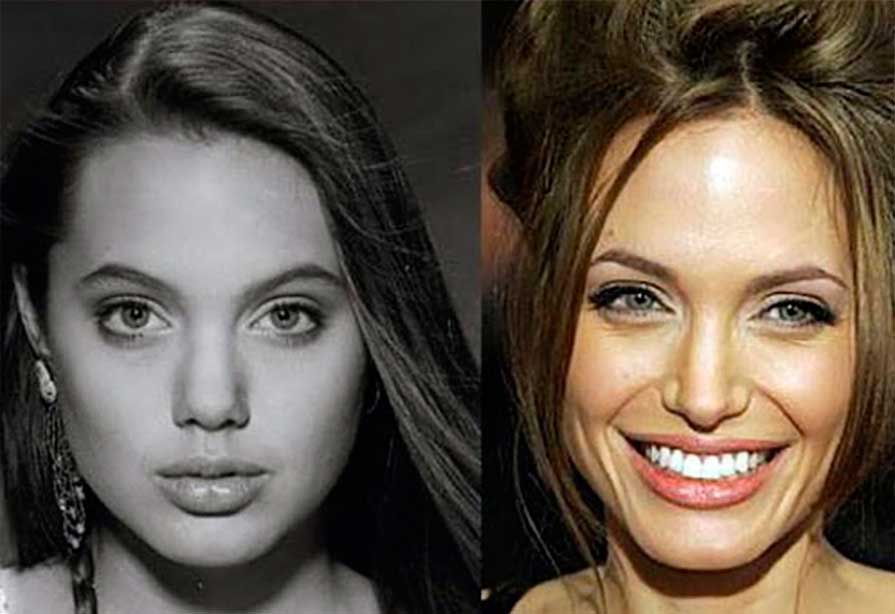 Angelina Jolie is one of the most desirable American actresses who has mesmerised the audience with her charisma and performances. As one of the highest paid actresses, Angelina Jolie has been rewarded with an Academy Award, two Screen Actors Guild Awards, and three Golden Globe Awards. She has in addition been a humanitarian ambassador around the world as well as courageously openly discussing her breast cancer experience. What makes this actress look even more beautiful may be a gift of a cosmetic surgery or two. Angelina Jolie is believed to have undergone rhinoplasty to enhance the shape of her nose as is suggested from her before and after photos. Before Angelina’s nose was relatively flat and wide with a lack of tip definition, and the appearance did not flatter her appearance, although her natural look did not have considerable effects on her career. Angelina’s appearance more recent photos show her nose look more elegant and refined. Her nose is narrower and they have given her face a better proportioned appearance. The alleged nose job has suited her face, she looks the same person only better. Going through a nose job is a big decision for anyone, she took this to bring out her beauty and make herself more appealingly. Surgical technique for rhinoplasty is different to most cosmetic surgery, there is high degree of artistry as no one nose will fit every person. As the nose lies in the centre of your face there is no hiding a away from the media and public, according to Dr. De Silva. Key is the use of surgical techniques that favour a natural result, enhancing recovery time and minimising aspects such as bruising. 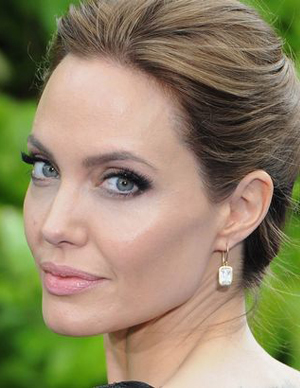 Angelina Jolie is known for her confidence and boldness, yet like many celebrities she has not admitted to undergoing a nose job. Although there can be no absolute certainty to undergoing surgery, there are no ways of making your nose thinner and more refined without undergoing rhinoplasty. According to Dr. Julian De Silva, the key to world-class result with celebrity rhinoplasty, is ensuring that any change is conservative and within natural limits, any improvement must only be a refinement, not a huge change, key is to keep the media guessing whether the celebrity has actually undergone surgery, often the results are not seen as a dramatic change as swelling immediately after surgery gradually disappears over a period of months leaving a more refined and detailed nose.

As is evident from her photos, Angelina Jolie has had a narrowed bridge with more tip definition, which has enhanced her natural beauty. She looks even more classy and elegant than before. The nose job has suited her face perfectly thereby making her look more beautiful. Her reputation as one of the most beautiful women in the world has been helped with a little nip and tuck, she looks quite eye-catching and appealing with the nose job done. All celebrities are keen to ensure that their surgery is both discreet and camouflaged from the media, I set up my clinic to ensure privacy and celebrity anonymity. Celebrity rhinoplasty is challenging in that a celebrity’s face is also their calling card and livelyhood, there is an artistic license for a conservative natural improvement while preserving a person’s underlying facial character and persona.

For more information on Rhinoplasty, click on the following links: